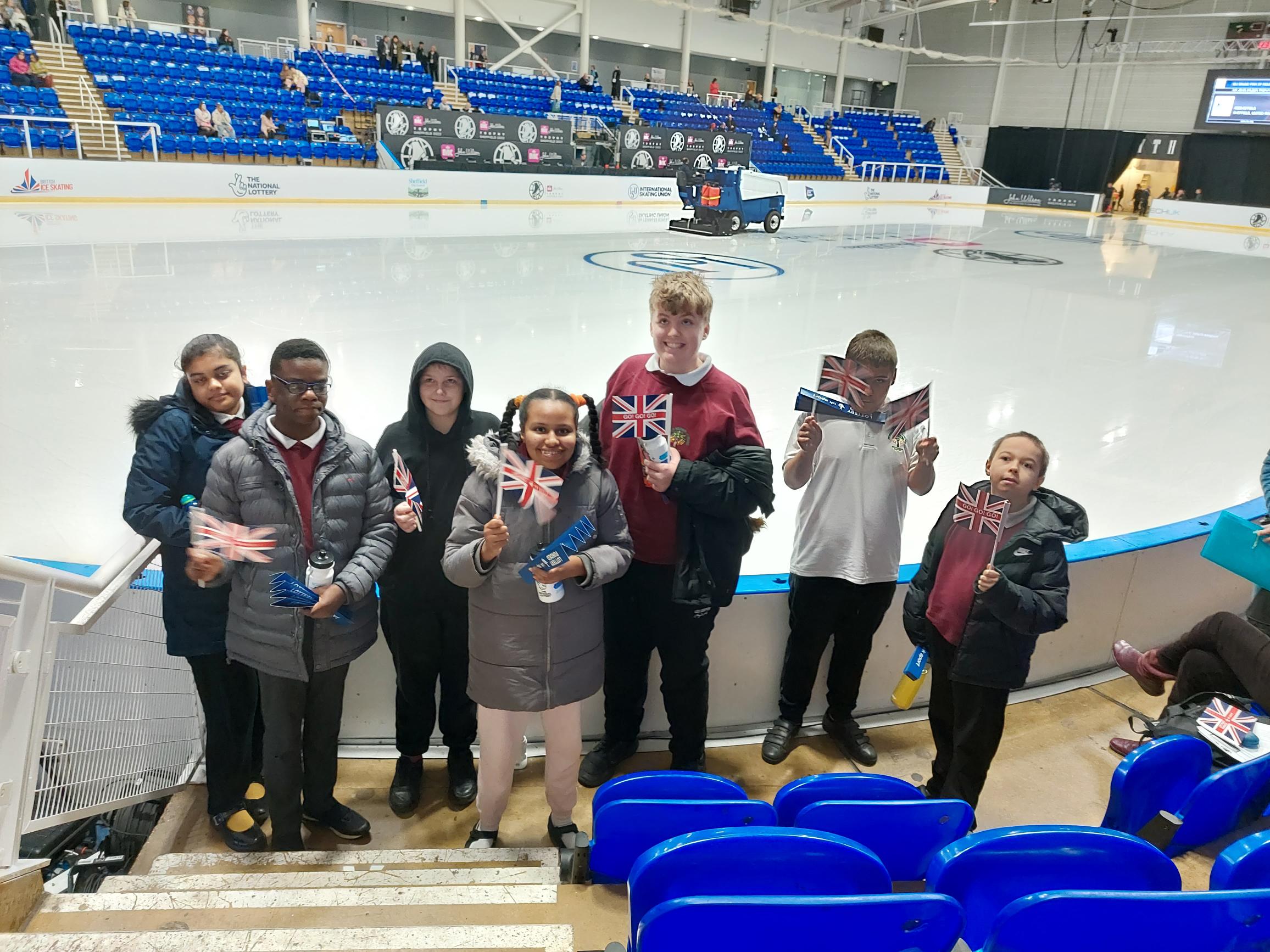 We were thrilled to give over four hundred lucky school children a special treat this week as we invited them to watch international figure skating stars from around the globe in their first practice session at iceSheffield.

The International Skating Union (ISU) Grand Prix of Figure Skating, MK John Wilson Trophy is being hosted at iceSheffield this week and is the first time the competition has been held in the UK. It’s a huge honour for Sheffield to host the competition as it is the biggest figure skating event to be held in the UK since 2012, when iceSheffield hosted the European Figure Skating Championships, and sets the stage for the 2023 European and World Championships.

Shaun Lough, our General Manager at iceSheffield said: “We are absolutely honoured to be hosting this prestigious competition on its first visit to the UK, to put it into context, if you’re a football fan it’s almost like hosting the World Cup!

“It’s fabulous to have the best figure skaters from around the globe coming to iceSheffield and we wanted to give something back to the local community and enable some of our younger generation to witness the event first-hand.

“It is a great opportunity for the children to watch some of the world’s top figure skaters in action and we hope that this experience is something they will remember forever and hopefully will inspire some of our young audience to follow in their footsteps.”

Bents Green School, which provides specialist education for young people aged 11-19 with Autistic Spectrum Conditions and Communication and Interaction difficulties, were one of the lucky schools in attendance and the pupils had a whale of a time.

When asked what the best part was, 13-year-old Nimo said; “I loved it when they were doing the spins!” Connor also 13 added; “The music, I loved it all!” followed by Tyler, age 13 who commented: “The skills that the ice skaters were doing!”

The children certainly had a great time and this weekend’s event will see six British skaters compete including Luke Digby who grew up in Sheffield and won his first British Championship with partner Anastasia Vaipan-Law at iceSheffield. 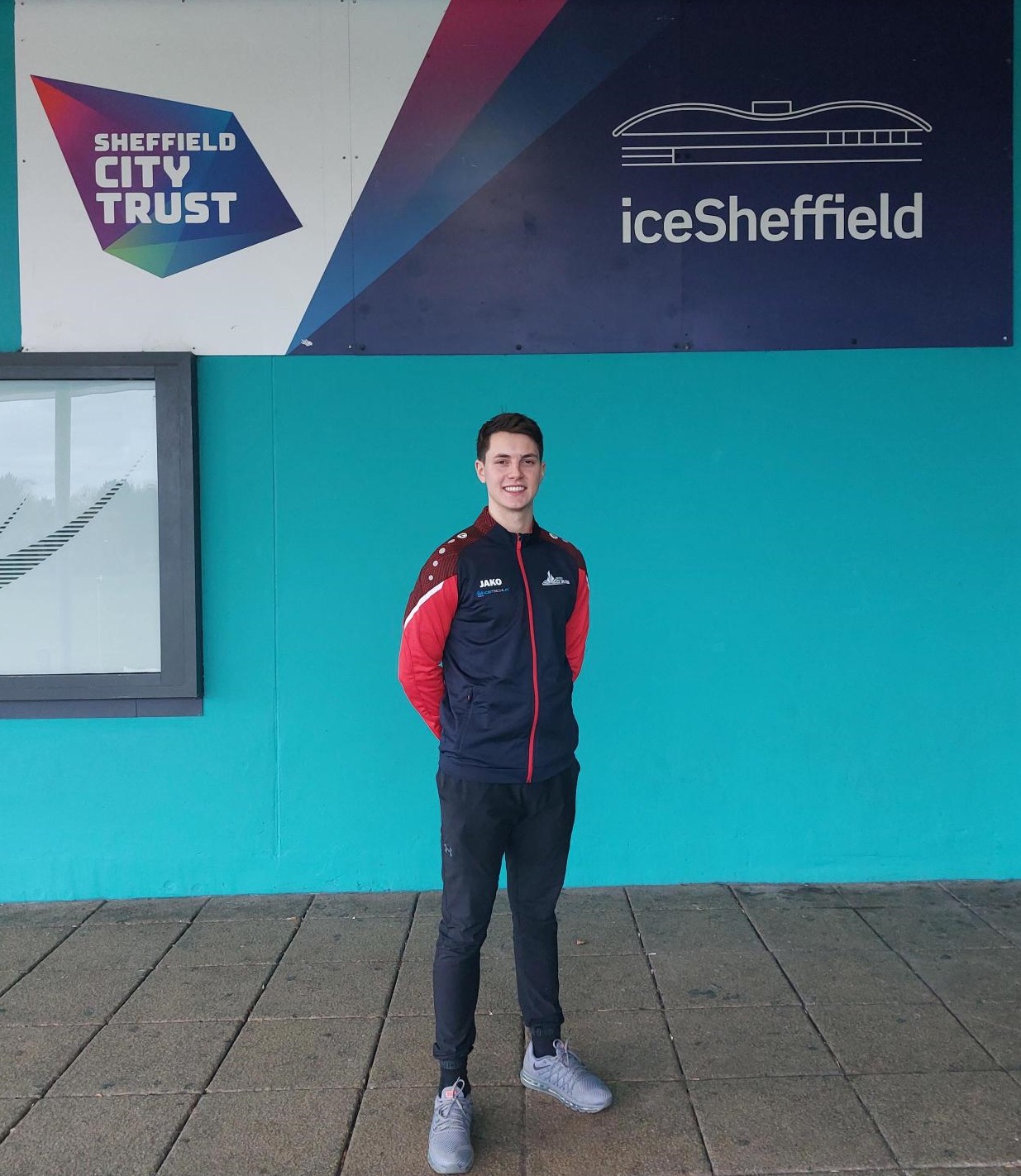 When asked how it felt to be competing back in his hometown Luke said: “I was born in Sheffield and skated at iceSheffield from the age of 7 right up until the age of 17 so I spent the best part of 10 to 11 years here throughout my childhood, skating near enough everyday here so I know this city well and the venue as well. It's certainly special to me.

"Since the Grand Prix got announced here, I was a little bit reminiscent of my younger days skating on the same ice that we'll start our competition on. It's quite a surreal feeling."

Luke was pleased to see that local schoolchildren had been invited to come along and watch and added: ”It’s such a big event. I hope that us as athletes can inspire the younger generation to take up skating. I hope they enjoy watching the event and can really enjoy it."

The competition, which lasts for four days, is the fourth out of six events of the 2022-23 Grand Prix series which consists of six international senior invitational events and culminates with the ISU Grand Prix of Figure Skating Final in Torino, Italy in December.

British Ice Skating approved ice skating lessons are available for children of all ages and adults at iceSheffield. For more information or to enquire about iceSheffield’s Learn to Skate programme, click the button below for details.