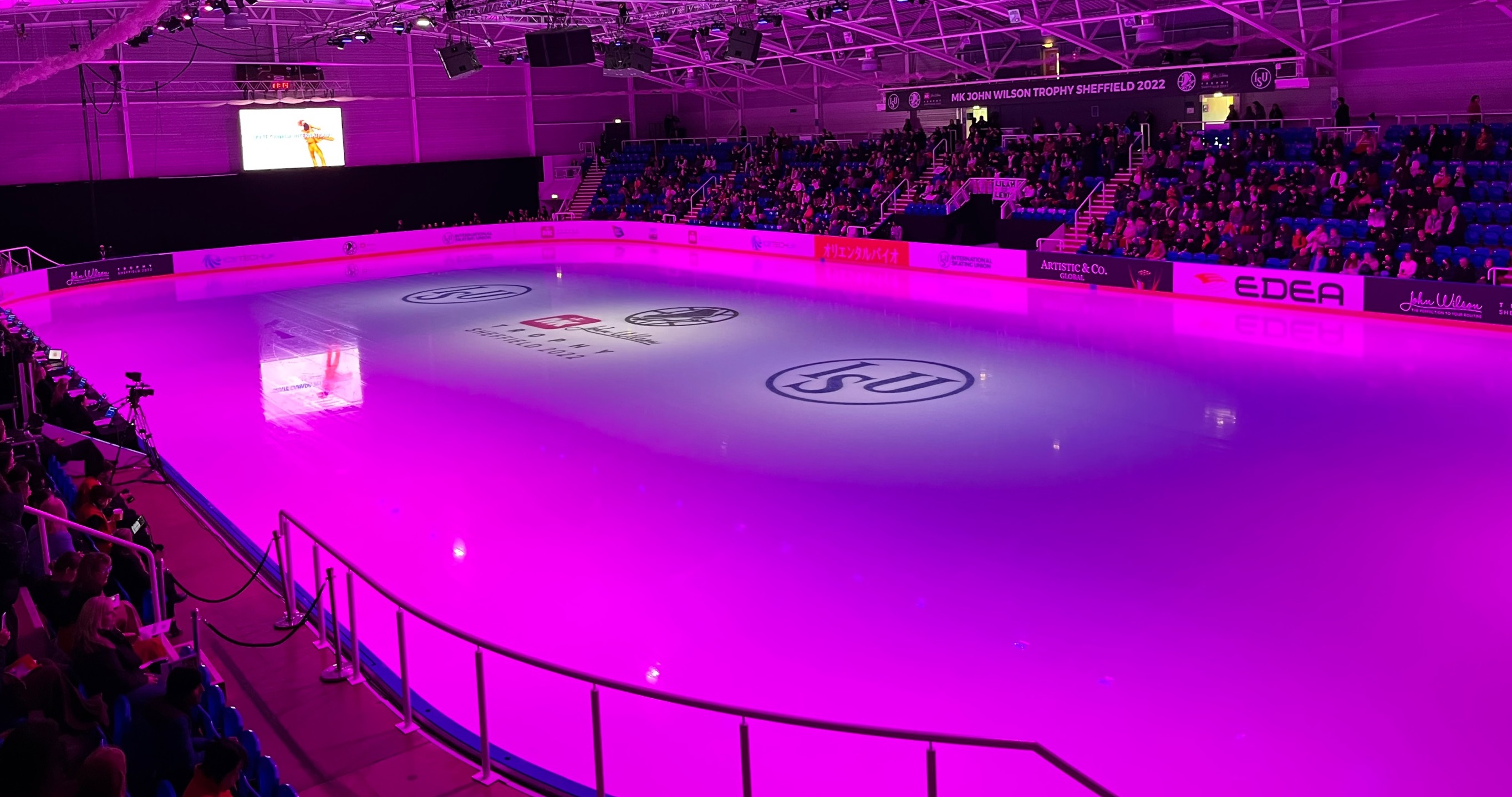 A spectacular few days of sport made history at the weekend at two of our venues as the first ever ISU Grand Prix in the UK took place at iceSheffield and the Wheelchair Rugby League semi-finals were taking place at the English Institute of Sport Sheffield (EISS) at the same time!

Record crowds were in attendance for both venues as spectators gathered from all over the UK for the wheelchair rugby and from across the globe for the prestigious ice skating event. The International Skating Union (ISU) Grand Prix of Figure Skating, MK John Wilson Trophy was relocated from China due to covid restrictions and iceSheffield was therefore chosen to be the host venue after a successful bid from British Ice Skating, who work closely with Sheffield City Trust, supported by UK Sport and Sheffield City Council.

Andrew Snelling our Chief Executive said: “What a weekend it’s been as Sheffield City Trust have hosted these two world class events putting Sheffield and our venues in the spotlight and on an international stage.

“Our staff have worked tirelessly with a range of partners to make this happen and with the ice skating event in such a short space of time, we are so incredibly proud of all our staff and everyone involved.”

The wheelchair games are also all broadcast live on BBC Two and the ISU Grand Prix was streamed live on YouTube as well as the ISU’s own streaming channel meaning the two Sheffield venues which are just across the road from each other were both live on air this Sunday at the same time showing the competitions in real time, it was surreal! 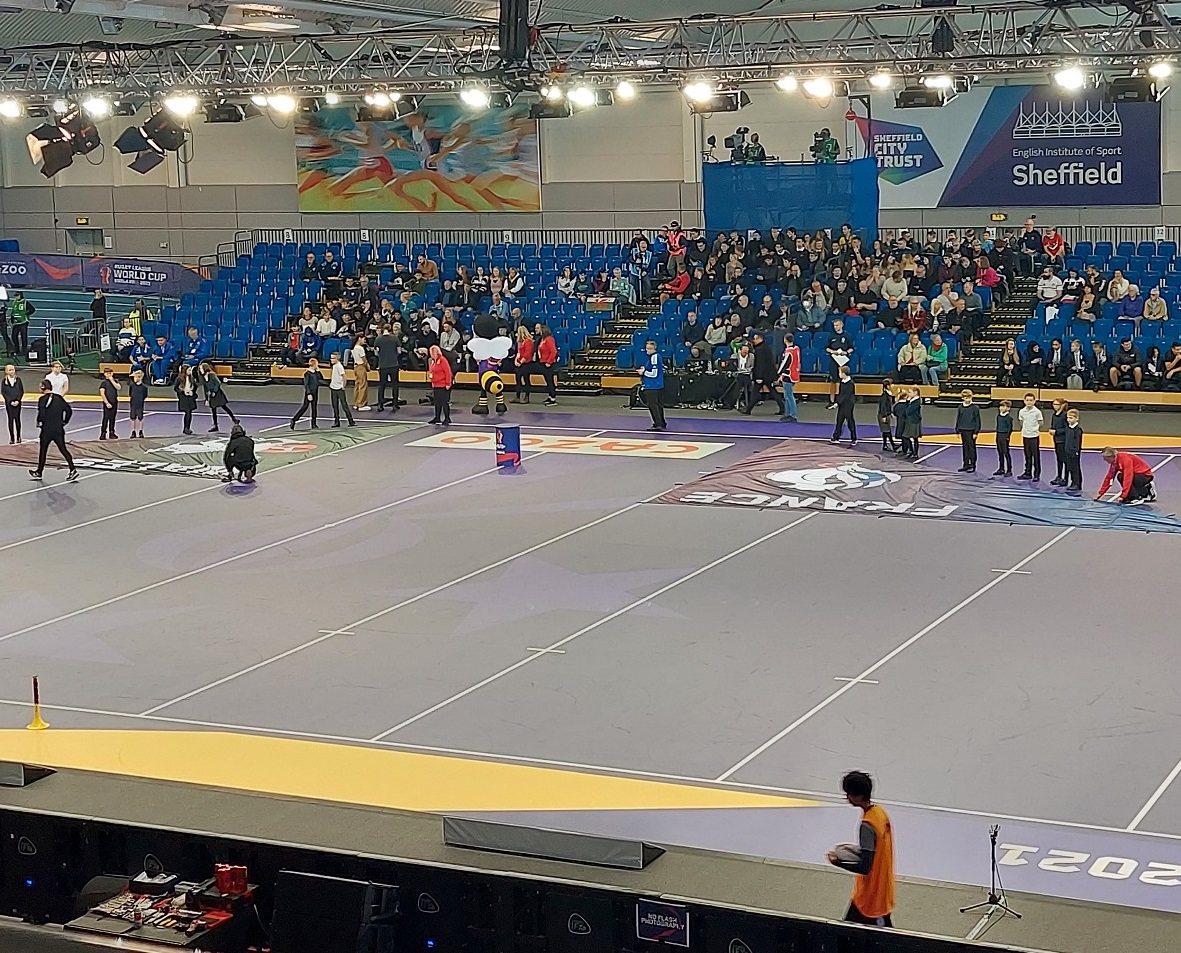 Andrew Snelling added: “Sheffield is well known for its sporting history and inclusive events and our staff are experts at putting on large scale events such as these which are also fantastic for the city and generate millions for our local economy. My hope for the future is that these events continue long after the trust is no longer here to support them.”

Michelle Draper, CEO of British Ice Skating said: “It was fantastic that such a major international skating series event was held in Sheffield this weekend. We showed the world the passion that exists across the country for our sport and the city of Sheffield was at the heart of this.”

The ISU Grand Prix saw over 4,000 visits across the 4 days plus 400 school children came to watch as part of our community outreach programme, 275 volunteers helped out and 64 skaters took part in the competition.

Robin Cousins, President of British Ice Skating was at the event and said: “The ISU were very grateful we could step in to host at such short notice and its testament to our staff, board and volunteers who went above and beyond to help make this such a success.

“One thing that MUST be acknowledged was the incredible audiences. iceSheffield may be smaller than other venues but its intimacy created an atmosphere that did not go unnoticed by the skaters, who were very vocal about the warmth and support they felt whilst on the ice.“

Shaun Lough, General Manager at iceSheffield said: “What a week it has been hosting the Senior ISU Grand Prix in the UK for the first time! We worked with British Ice Skating and several other partners to deliver the event which saw a host of super talented ice skaters taking part and we were so proud to be host and showcase what Sheffield has to offer!”

The Wheelchair Rugby games saw over 4,800 spectators and took the rugby world by storm as the fast paced, thrilling action game had spectators on the edges of their seats.

Simon Coates, General Manager at EISS said: “The atmosphere at the EISS during the rugby has been phenomenal, we’ve been totally blown away by the crowds.

“Having the inclusivity of the three tournaments: men’s, women’s and wheelchair together has been fantastic and it’s been an honour to be part of it.”

There are many more events to come in the following days with the British Figure Skating Championships taking place at iceSheffield in December and the EISS hosting Jujitsu Nationals, South Yorkshire Indoor Athletics and British Judo all before the end of the year.