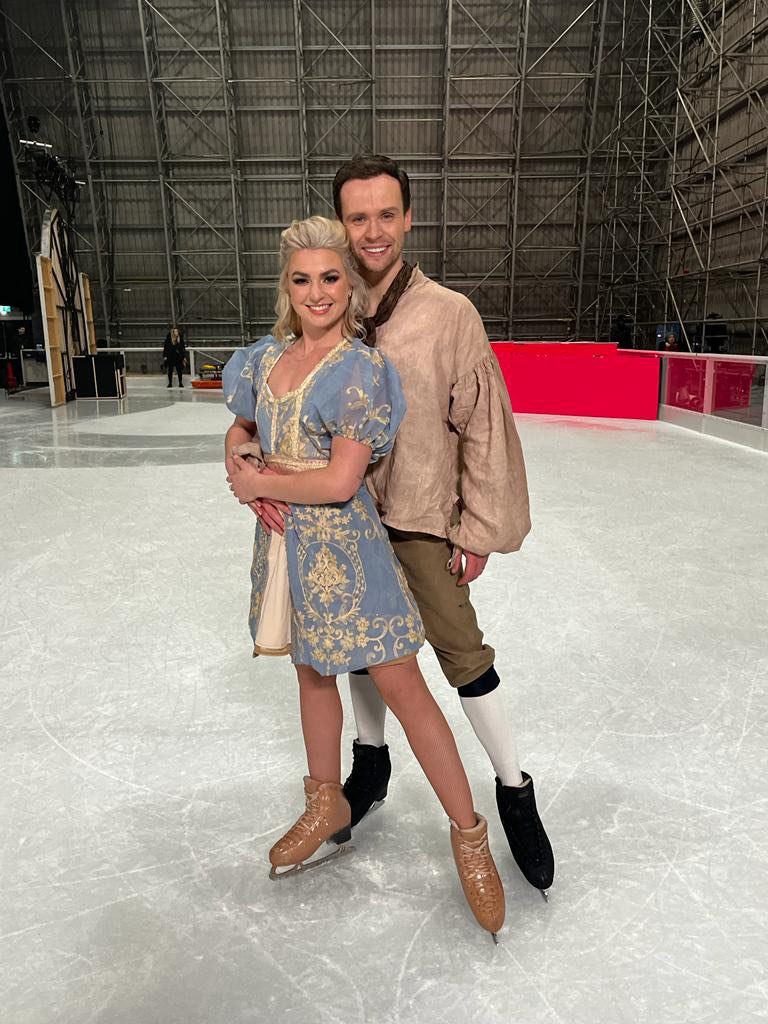 It’s that time of year when Dancing on Ice hits our screens and this year our favourite iceSheffield coach Mark Hanretty is taking part in the show again but this time he is joined by another Sheffield professional and Olympian who Mark also used to coach many years ago.

Drum roll please – this year’s new Dancing on Ice professional is none other than Sheffield born Olivia Smart who represented Spain at the 2022 Winter Olympics and began her skating career on iceSheffield’s Learn to Skate programme aged just seven-years-old.

Olivia moved to Canada to train as a teenager and paired up Adrián Diaz from Spain who was her partner in last year’s Winter Olympics in Beijing.

Mark Hanretty who got to the final last year with his partner and ex Pussycat Doll, Kimberly Wyatt is this year teamed up with celebrity partner Carley Stenson, best known for playing Steph Cunningham in Hollyoaks and Olivia is paired with gymnast and Olympic medallist Nile Wilson, also from Yorkshire (Leeds) who took bronze in the horizontal bar in the 2016 Rio Olympics.

Shaun Lough, our general manager at iceSheffield said: “We all love watching Dancing on Ice and we’re thrilled to see Mark and Olivia competing as the professional skaters this year, the show just keeps getting better!”

Dancing on Ice Head Judge Christopher Dean OBE also joins the pair with Sheffield connections as he is a resident coach at the rink after joining the team last year to train new talent coming through the ranks.

Everyone at iceSheffield will be cheering the skaters on every Sunday evening and we can’t wait to see what they have in store for us after a fantastic week 1 performance from both couples in the first two shows!

iceSheffield is proud to host and deliver the majority of elite performance programmes for figure skating and ice hockey in the UK and is in an enviable position as it is one of only two facilities in the UK that has two Olympic sized ice pads.