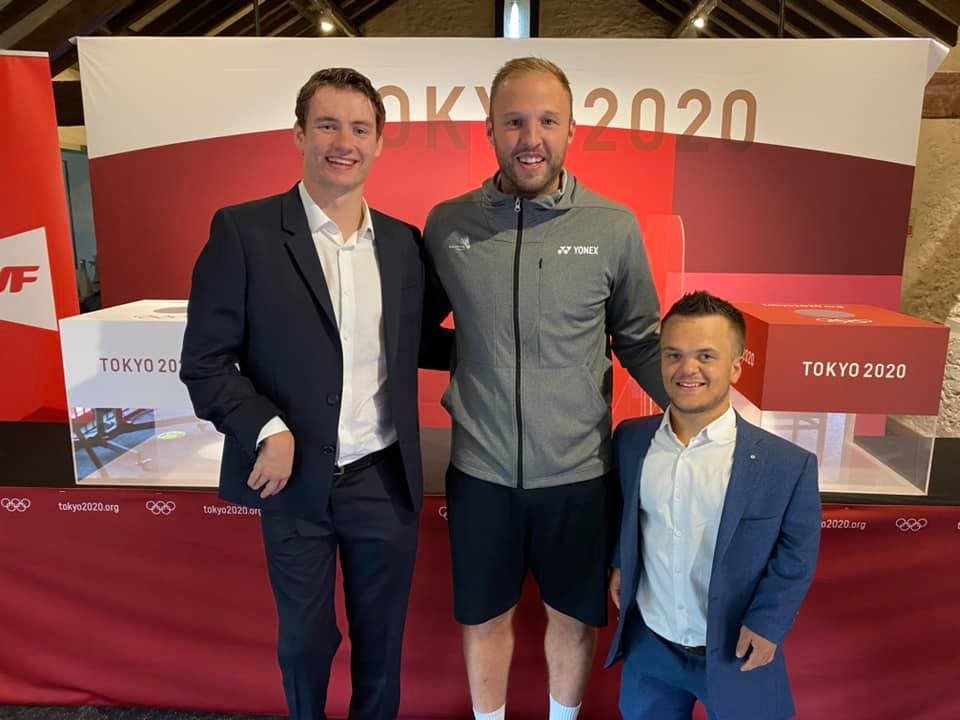 GB Para Badminton’s Head Coach has been chosen as a Batonbearer for the Queen’s Baton Relay this summer which will be carried across the country by inspirational individuals from communities across England selected for their meaningful contribution to sport, education, the arts, culture, or charity.

Richard Morris, from Beighton will carry the Baton as it arrives in Sheffield on 12 July 2022 continuing on its epic 294-day journey to every corner of the Commonwealth visiting all 72 nations and territories.

Richard was nominated by David Bly, our Sports Programme and Engagement Manager for his achievements and dedication to para badminton building the team from its humble beginnings to bringing home a silver and bronze medal in their debut Paralympics in Tokyo in 2021.

David who met Richard when he applied to Sheffield City Trust for funding for the para-badminton team back in 2017 said, “It’s amazing to see what Richard has achieved and how much he has done to put para badminton firmly on the map where it belongs.

“His hard work and determination are truly inspiring, and I can’t wait to see him honoured by carrying the Queen’s Baton along with other aspirational people from our region.”

Richard was awarded £5,000 from Sheffield City Trust for the para badminton team which was then match funded by Badminton England. This enabled Richard to build and support the team and they began training two to four hours per day, five days a week giving them a head start to get where they needed to be to gain UK Sport funding which they did in April 2018 and haven’t looked back since.

Richard said,” It was an honour to be nominated so I was over the moon when I realised that I would have the chance to take part in such a prestigious event.

“Being nominated by David made it that even more special, as he played an instrumental part in helping me bring this programme to Sheffield.” During its time in Sheffield the Queens Baton Relay will visit key sites including the English Institute of Sport Sheffield where Richard and his team are based. A sports festival will also take place which is being supported by Move More Sheffield partners including Yorkshire Sport Foundation, Sheffield City Trust and the Schools Sports Partnership.

Thirty-two-year-old Richard was also honoured at the end of 2021 when he won UK Coaching’s High Performance Coach of the Year Award, following the teams’ achievements in Tokyo. He is currently training hard with the team for their overseas tournaments taking place throughout the year where they will travel to the likes of Bahrain, Thailand, Ireland and Canada.