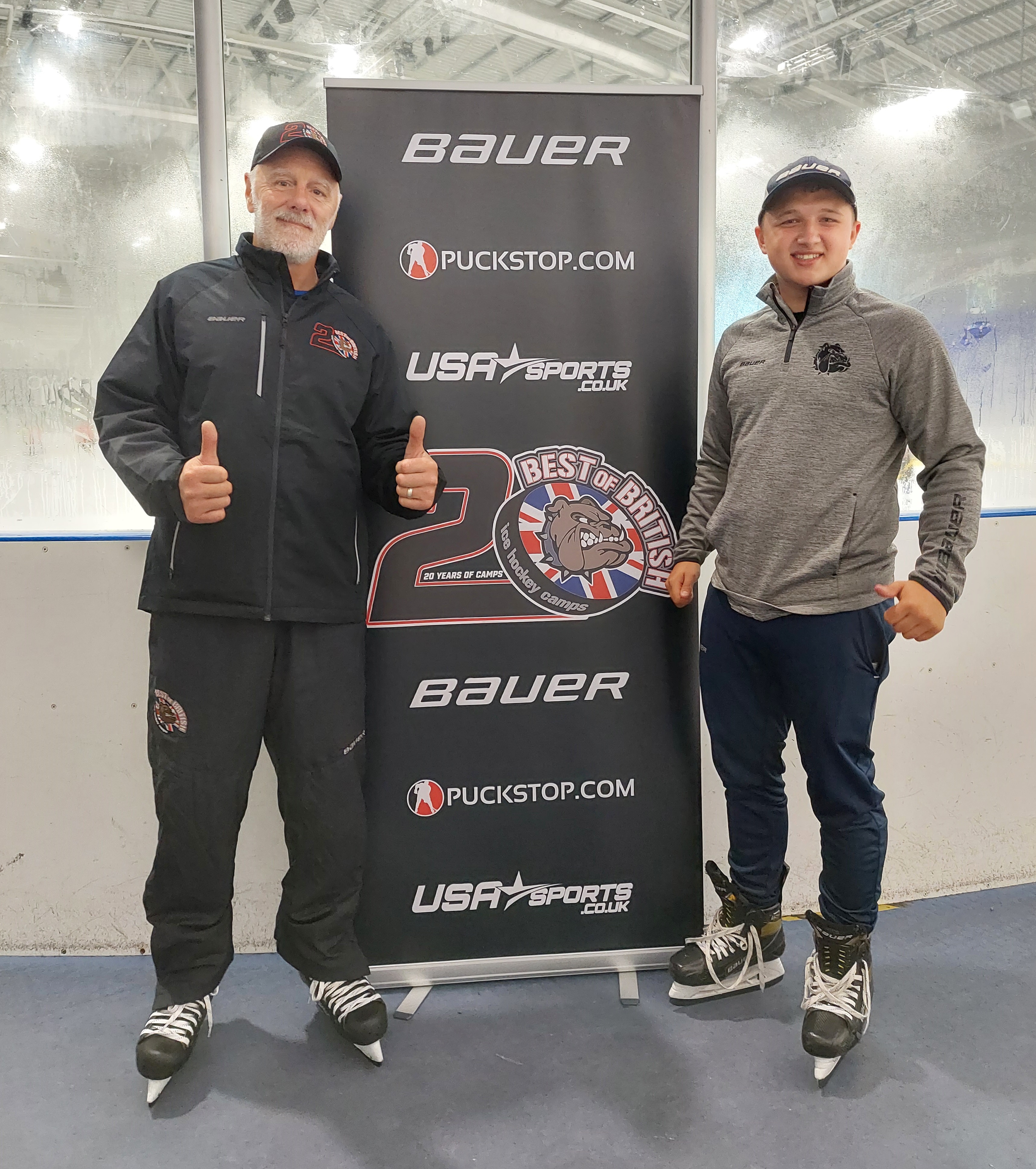 This week at iceSheffield we are hosting a Best of British Ice Hockey Camp (BOBIHC) which is one of Europe’s Premier ice Hockey Camps with events taking place at venues throughout the UK including Dundee Ice Arena, Auchenharvie, Bracknell and iceSheffield.

This summer is a special time for BOBIHC as they mark their 20th Anniversary so they are celebrating all the great people they have met and so much amazing talent along the way.

One of those talented individuals is Eighteen-year-old Reece Urbaniak, who is a General Assistant at iceSheffield and began ice skating when he was only three years old. Reece completed our Learn to Skate and Learn to Play ice hockey programme and used to attend the BOBIHC camps as a child. He was then chosen for the Sheffield Sabres ice hockey team and progressed through the ranks to the Sheffield Titans where he will begin playing next season.

Reece who is also now a coach at iceSheffield has gone full circle and coaches on the BOBIHC camps himself, this being his third camp. Reece said: “I enjoy coaching as it allows me to pass my knowledge on to the future generation of the sport I love.”

The BOBIHC camps are for children of all ages and consist of on and off ice training with top coaches from the UK, Europe and North America. The 20 years of camps celebration this year illustrates how successful the camps have been and the amazing reputation it has with iceSheffield.

Shaun Lough, our General Manager at iceSheffield said: “It is great to have seen Reece develop from ice skating and playing ice hockey as a child to now working at iceSheffield and being a coach here too, teaching other players who hope to follow in his footsteps.

“It’s fabulous to see him coaching on the BOBIHC camps and everyone here at iceSheffield is very proud of him.”

Jamie Longmuir Co Founder and CEO of Best of British Ice Hockey Camps said: “We are delighted to celebrate 20 years of BOBIHC this year and we are thrilled to do it with such as valued partner as we have with Sheffield City Trust.

“iceSheffield is our home venue and we love staging our events in such an amazing facility. Having Reece join the BOB team is fantastic as he was a participant on our camps as a child for many years and now to see him grow and become a fantastic coach is a very proud moment for us.

“Many participants from our camps over the years have gone on to become professional players in the Elite Ice Hockey league (EIHL) and now it’s great to see another former participant on a different journey a coach of today’s youth players. Fantastic work Reece!”

To find out more about Best of British Ice Hockey Camps visit https://bobihc.com/about.

British Ice Skating approved ice skating lessons are available for children of all ages and adults at iceSheffield. For more information or to enquire about iceSheffield’s Learn to Skate programme, click the button below.