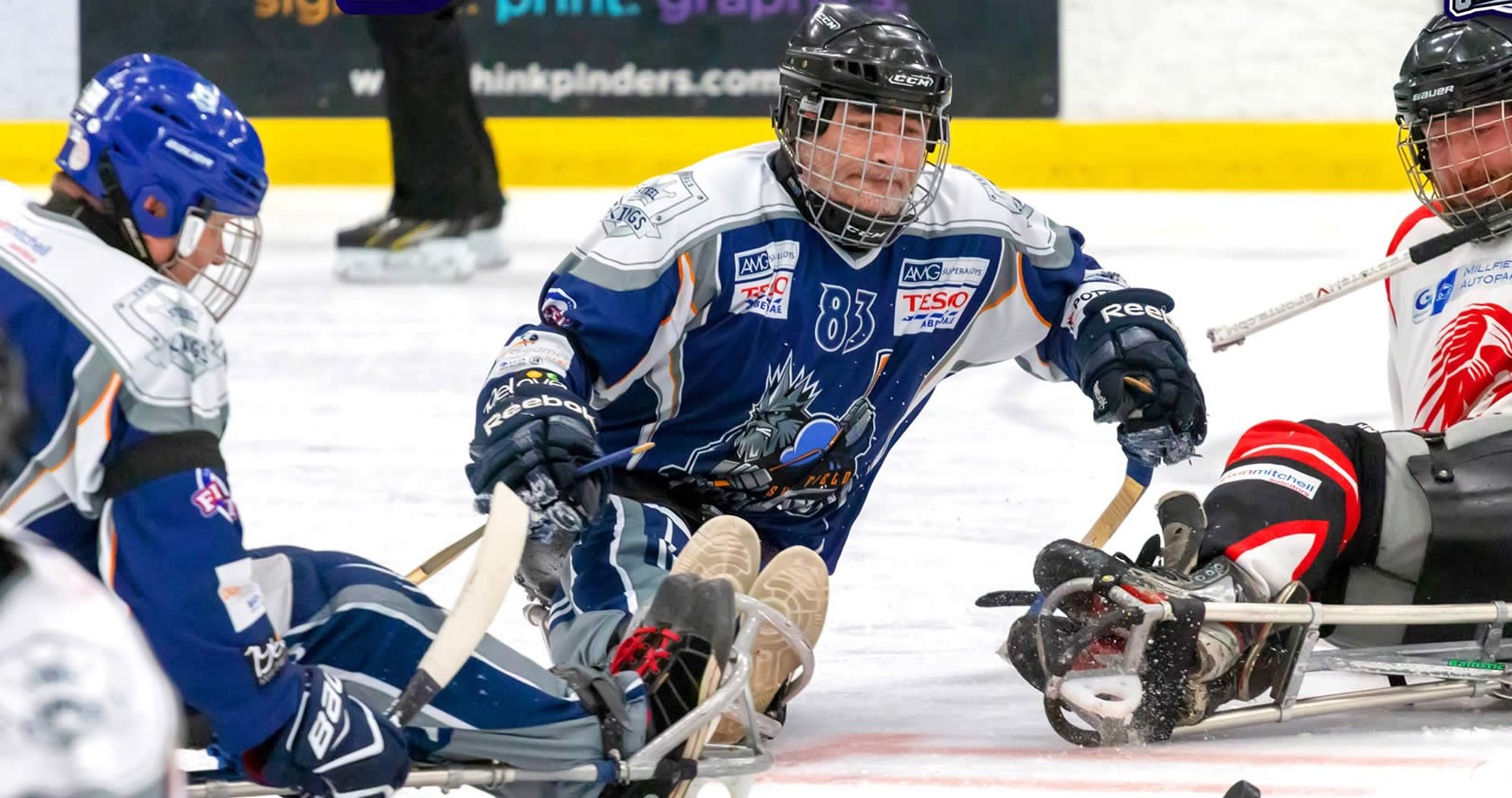 The sport enables male and female, able-bodied and disabled members to take part in a fast paced, physical and highly skilled team sport together.

Here's Baz, from Sheffield Steelkings talking about his involvement with the club.

Tell us a bit about yourself and your involvement with the Steelkings?

I have been interested in and involved with hockey since my son was young and had been looking for him to get involved in the sport when we found out that there was a summer play and try roller hockey through the police. My son tried it and was hooked. I used to help out the team that he was asked to try out for, and a year later was running my own team, although I knew I would never be able to play.

I was watching the Winter Paralympics when I saw sledge hockey and thought that it looked pretty cool and would love to give it a go. Allthough my wife was struggling at the time, she, my son and my team pushed me to try it out. I found out that there was a come and try session in Sheffield, put my name down for it and I haven't looked back since. I think I've only ever missed 1 or 2 sessions since starting.

My mum has always told me to be proud of myself because in the epidemic of poliomyelitis I was the youngest and last to contact the disease. I have been married to a disabled woman since 1983 and because I am disabled myself, for all our time together we have been called names, been forgotten about because it can be difficult to visit people and family, so we had been alone in our own world. We got stared at all the time which is not nice, so tended to keep to ourselves and I was used to that, so it was hard to make friends.

When I started at the Steelkings, i tended to go and get on the ice but didn't really socialise with anyone else there. But in the last couple of years since my wife died, I realised how much i needed to be around the people there, aswell as taking part and that they wanted me there too. I can't wait to go each week and be accepted to play on the same level as a normal able bodied person.

I enjoy the buzz I get that keeps your heart pumping, to speed about on the ice and see the crowd clap. It's fantastic to be part of this team, they're my family and I love each and every one of them and I'm so proud to put on a Steelkings shirt and try and do my best for the team. It's what I live for.

Last year I had to stop playing because the doctors found out I had a leaky mitral valve on my heart and had to have it repaired. It has been a bit life changing trying to get back to where I was, especially during the last year due to all the Covid restrictions, but I'm back in the gym and back to swimming and this Friday and Saturday I will be trying out for the GB Para Hockey Team. So even at my age I have something to push for! I can't wait!

How to get involved