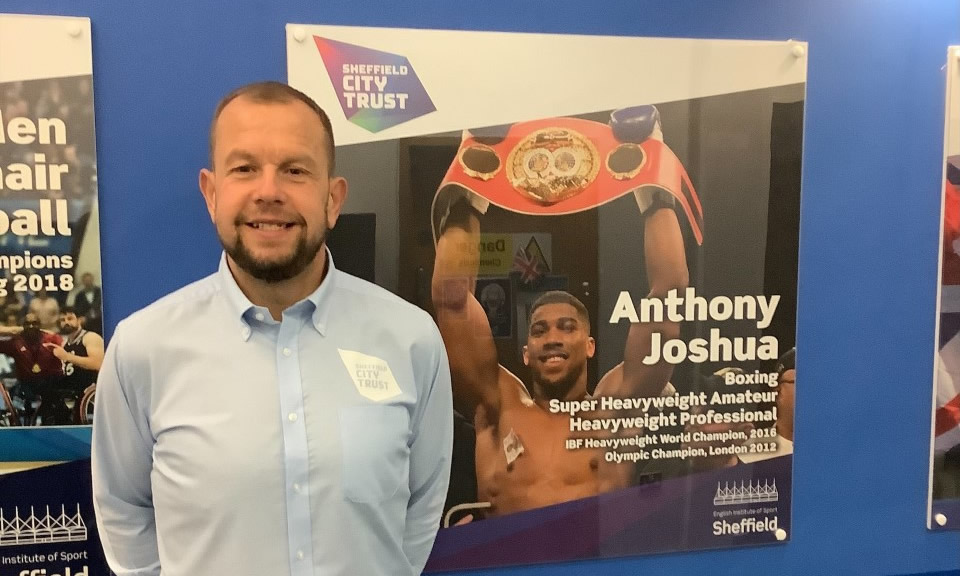 Staff at the English Institute of Sport Sheffield in Attercliffe have sent their best wishes and good luck to world heavyweight champion Anthony Joshua ahead of his titles defence against Oleksandr Usyk on Saturday night.

Joshua has a long-standing relationship with the EISS, which is run by Sheffield City Trust, having trained there as an amateur before winning Olympic Games gold at London 2012 and continuing his pre-fight preparations during a stellar professional career.

His bout against Usyk at the Tottenham Hotspur stadium is set to be a tough contest with the Ukrainian – who also won gold in London at a weight division below Joshua – unbeaten since turning pro.

However, EISS general manager Simon Coates, says he and his team have no doubt ‘AJ’ will come out on top.

He said: “It has once again been a pleasure to welcome AJ and his team to the EISS. There is always a buzz when he’s training here ahead of a big fight and we have been there every step of the way during his career.

“With GB Boxing based here we have a brilliant reputation of producing world-class boxers but there’s no doubt that AJ’s world titles and gold medal put him right up there as one of the country’s most successful heavyweights.

“We wish him all the luck in the world against Oleksandr Usyk but with the amount of work he has put in we’re sure he’ll get the job done!”